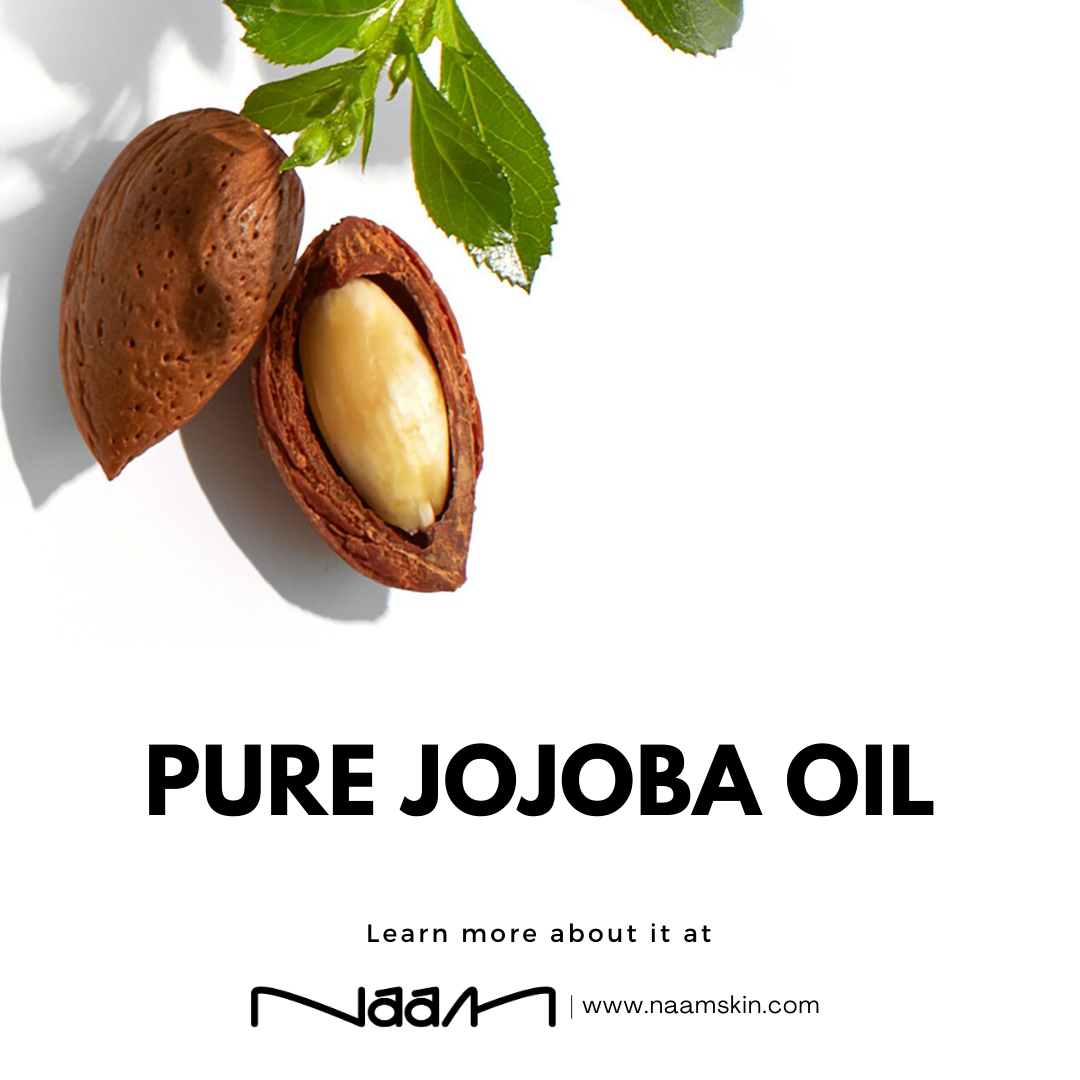 Jojoba oil is the liquid produced in the seed of the Simmondsia chinensis (jojoba) plant, a shrub, which is native to southern Arizona, southern California, and northwestern Mexico. The oil makes up approximately 50% of the jojoba seed by weight. The terms "jojoba oil" and "jojoba wax" are often used interchangeably because the wax visually appears to be a mobile oil, but as a wax it is composed almost entirely (~97%) of mono-esters of long-chain fatty acids and alcohols (wax ester), accompanied by only a tiny fraction of triglyceride esters. This composition accounts for its extreme shelf-life stability and extraordinary resistance to high temperatures, compared with true vegetable oils.

Native Americans extracted the oil from jojoba seeds to treat sores and wounds. The collection and processing of the seed from naturally occurring stands marked the beginning of jojoba domestication in the early 1970's. In 1943, natural resources of the U.S, including jojoba oil, were used during war as additives to motor oil, transmission oil and differential gear oil. Machine guns were lubricated and maintained with jojoba.

As is the case with other oils, jojoba oil is a great emollient, softening and smoothing your complexion. And when it's combined with occlusive ingredients, such as beeswax, it also helps protect the skin barrier, reducing trans-epidermal water loss and sealing in moisture. At the same time, because it does act so similarly to our skin's oil, it helps balance out those levels, useful for anyone dealing with either too much or too little natural oil.

Jojoba oil is rich in flavonoids and vitamin E, a potent antioxidant that defends the skin against oxidative damage, which contributes to signs of aging. More studies are needed to confirm its direct anti-aging benefits, it's still a good option to use at any age, to help both protect and brighten the skin.

It doesn’t evaporate like water-based moisturizers, which is very important when your skin is exposed to the environment. Studies have shown that jojoba oil provides a substantial long-acting layer of moisture.

Dealing with eczema, rosacea, or a generally sensitive complexion? Jojoba oil is saving grace for reducing redness and keeping skin calm and comfortable. Along with the vitamin E found in the oil, it's also a good source of B-complex vitamins. These vitamins, along with the anti-inflammatory effects, make it useful for wound healing, which is why Native Americans originally started using it all those years ago.

5) Is Useful In Helping Treat Acne

For acne-prone skin, jojoba oil takes the cake. First and foremost, it's non-comedogenic and won't clog pores, an imperative quality to search for if you have oily skin but still want to use an oil. Two, you're reaping all those anti-inflammatory benefits (as well as possible antibacterial properties, though more research need to be done), both of which can help knock out breakouts. And finally, there's the fact that it can balance out your skin's natural oil production. Since an over production of sebum can often cause breakouts, using jojoba oil has been shown to ease acne.

Jojoba is full of nutrients like Vitamin E and B, as well as antioxidants and minerals like chromium, copper, and zinc, which all nourish and protect skin. Organic, cold-pressed, jojoba oil has the highest level of antioxidants and nutrients.

Because Jojoba oil is very similar to human skin oils, its use can trick the skin into thinking it has produced enough oil and thus balance oil production, without promoting acne or other skin problems. Jojoba also naturally deters microbes, helping to prevent the growth of bacteria on skin.

Jojoba oil is recommended for people with sensitive skin (including psoriasis and eczema) because of its gentle nature. Applying Jojoba oil to compromised skin can help reduce flare-ups.

Jojoba oil has anti-inflammatory properties which help to tame chaffing and chapping, reduce redness caused by drying, ease the effects of eczema and rosacea, and keep skin calm and comfortable. The Vitamin E and B-complex vitamins in the Jojoba oil help in skin repair and damage control.